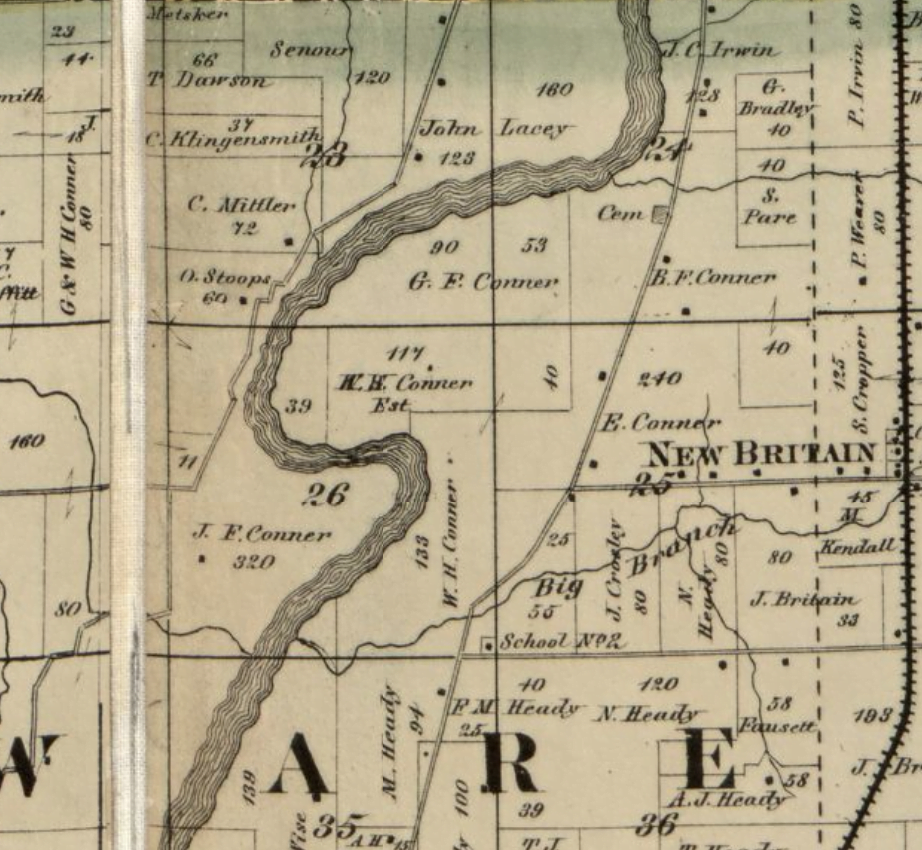 Central Indiana lies within the Wabash River Drainage Basin, with both Hamilton and Marion counties predominantly belonging to the White River Subbasin. Glaciers formed this topography about 20,000 years ago, with the waterways winding and changing shape for thousands of years while establishing White River as the central waterway to this area. Tributaries Stony Creek and Cicero Creek feed into White River in Hamilton County while Fall Creek and Eagle Creek feed into Marion County. The southernmost anchor of White River within Hamilton County lies in the Meadow Reach, from 206th Street south to 126th Street, at Conner Prairie.

Early Native occupants of this land included many Great Lakes tribes: the Myaamia (Miami Nation), the Kaskaskia (Peoria Tribe), Kiikaapoi (Kickapoo), and later the Lenape (Delaware Tribe). One such settler who interacted with the Lenape Peoples was William Conner, an early fur trader, Native American interpreter, and white settler of the area. In the early 1800s, Conner married his first wife, Mekinges, of the Delaware, or Lenape, tribe. They settled with their children along the eastern bank of the White River, four miles south of Noblesville, in what would soon be known as Conner’s Prairie. There, Conner set up a trading post, farmed, and would later build a grist mill. Due to the 1818 Treaty of St. Mary’s, practically all Native Americans with tribal affiliations were displaced by ceding the land to the federal government and relocated west. Mekinges and their children relocated in 1820, but Conner stayed on the land and married Elizabeth Chapman soon after.

While Conner Prairie was on unincorporated territory, Conner did much business in the nearby towns and villages of Noblesville, Strawtown, and New Britain (aka New Britton). Once the Indiana General Assembly decided to replace Corydon as the state capital for a more centralized location in the state, they nominated commissioners to determine an appropriate place. These commissioners first met at William Conner’s cabin in 1820, about equal distance between Strawtown and Indianapolis, to select Indianapolis as the site. After that, the commissioners went south along White River down to John McCormick’s cabin to select the exact location for the original plat of Indianapolis, known as the Mile Square. Nearby Noblesville, established in 1819, was made the county seat as Hamilton County was officially organized in 1823, with nine townships covering about 400 square miles. As the new county seat continued to grow in size and with power, Conner continued to farm, growing corn for whiskey, expanding his enterprises, and serving a few county offices before moving on to serve in the Indiana General Assembly for the terms of 1829-1830, 1831-1832, and 1836-1837. In 1837, Conner retired from farming and politics, as he moved upstream to Noblesville to become a real estate dealer. There he died in 1855.

The land of Conner Prairie shuffled hands for about a century as farmland until Eli Lilly, of the Elil Lilly & Co. namesake, purchased the land in 1935 with the intention of restoring the grounds into a museum campus. In 1964, Lilly gave the 1,400 acre farm to Earlham College to run as a museum site with the mission of interpreting the Old Northwest Territory and 19th century settler history, much in the same vein as Colonial Williamsburg and Greenfield Village. In 2003, Conner Prairie became an independent museum. Buildings on the ground include a pioneer-era barn, his first cabin, a trading post, a spring house, a loom house, and his brick mansion; however, the brick mansion is the only original structure from the settlement on its original geographic location. This brick mansion, with its full two-story gallery porch overlooking the horseshoe bend of the White River along part of his farmland prairie, looks much like it did almost two centuries ago – yet just beyond the riverbed to the west is a sprinkled suburban neighborhood of Carmel and to the east and south of the site are the suburban neighborhoods of Fishers. Beyond this anchor, White River continues to flow southward, winding west, towards Marion County. 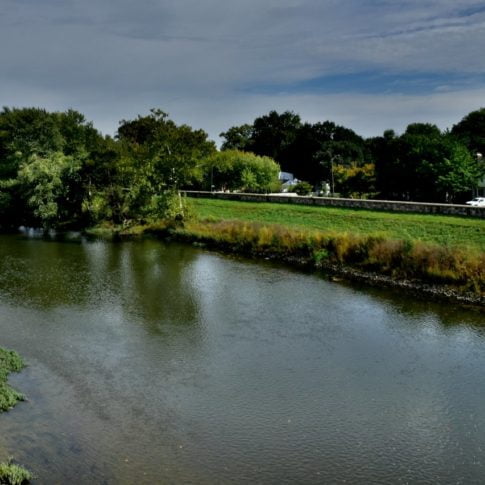 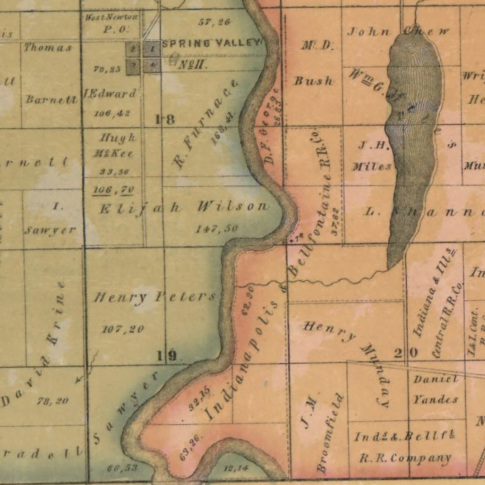 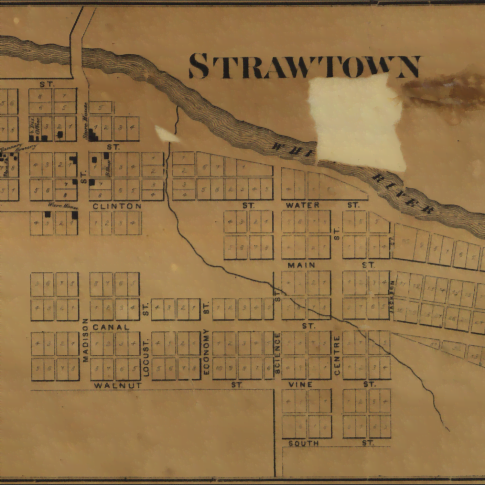